For most people that were alive on this day 11 years ago, there will be few things in their life that are as memorable as where they were and what they were doing when those planes hit the towers.  Every generation has some event that shocks the world around us and virtually changes the way we live.  For some it was the assassination of JFK, for others the destruction of the Berlin Wall—for me it was a school day unlike any I had ever had in my young life. 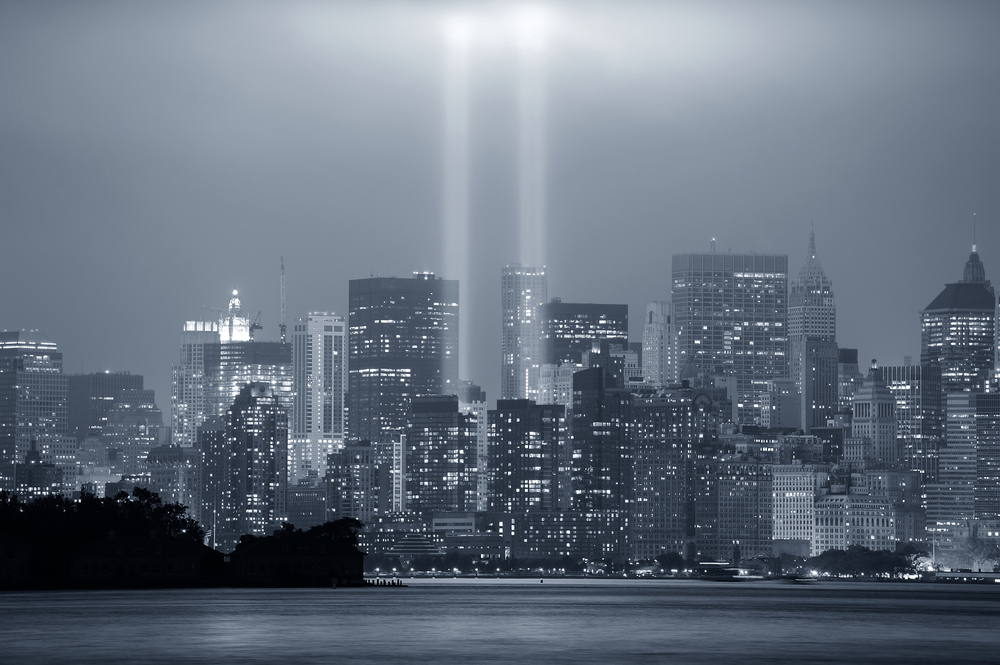 The first thing I noticed was the radio.  Our teacher wasn’t in the habit of using electronics to assist our education so I knew something was going up I just couldn’t fathom what it was.  It was a chilly morning but as I walked up to my first period class the mist had already started to break up and you could see sunlight poking through a faint eastern cloud.  As I neared the classroom door, the chatter became increasingly understandable until I heard one final line, “Oh my god, another plane has just hit the second tower.”   How could my young mind know in that moment that I would remember those words for years to come?

The USA had been attacked but who did it and why? By the end of first period rumors were already spreading throughout the school.  Every teacher seemed to have some little anecdote to keep us at ease.  Some people barely took notice of it.  Others simply wanted to know what the World Trade Center was and why the bad guys had decided to attack those buildings.  I learned a lot in that day.  I learned how fast a culture of fear can spread not just through a population of 8th graders but through an entire country.  I’m ashamed to say it, but by the end of that day I was sick of the story.  All I wanted was for the world to move on.  Yet isn’t it just like the world to do the exact opposite of what you ask for?

Remember this was a time when most of America had never heard of Osama Bin Laden, a time when I couldn’t find Iraq on a map to save my life, and a time when I didn’t really care about words like “terrorism” and “WMD.”  Back then you could bring as many water bottles as you wanted onto a plane and people didn’t cry when they heard the national anthem.  I’d never met anybody who’d died in an airplane and definitely didn’t know anyone who had died in military service.  It’s easy to see in one small moment of reflection how drastically the world can change in 11 years.

Now, on the 11th anniversary of that horrific morning, there is nothing I’d rather write about.  In fact there is one word that comes to mind when I think about this anniversary—hallelujah.  Admittedly it’s always been my favorite word from the Torah, maybe because I think it has more than just one meaning.  Even a child can understand that this is a solemn day, a day meant for remembrance of loved ones lost and of a war that we are still fighting.  But the value that constantly goes understated is that the USA remembers this day together and that should be celebrated.  It’s the sort of occasion that every American feels in their own, deeply personal way, yet in a time when our country is facing so many schisms and agendas, I say hallelujah that we still have this day to unify us all as Americans and as patriots.  Because today I get to remember my friend who died in Iraq (out of respect let’s just call him Scott), and I get to remember not just the catastrophic pain the nation felt when the towers fell but also the joy that we all shared a year ago when Osama Bin Laden was finally brought to justice.

So today, as the nation remembers our fallen civilians and soldiers take a moment to pause and think about how every other American is sharing this same moment of somberness.  You’ll probably hear speeches being made and see flags being waved and as you think back to where you were on this day 11 years ago maybe you can say your own tiny hallelujah, that for one sacred day our nation doesn’t squabble within its own borders and that at least today, on September 11th, we can all stand together as one United States of America.